Licensing Is the Objective: From Inventor to Business Strategist

In my experience, the majority of inventors and innovators of the world today tend to focus their intentions for their invention, their “brain-child,” on starting a new business around the concept. They dream of building a business in their garage, making their product, attempting to package it, and eventually supplying it first locally and then across the country and finally, around the world. Many innovators hold onto this dream despite facing critical obstacles, including lack of funding, limited knowledge, lack of experience, and a complete lack of understanding regarding the protection and exploitation of their invention. 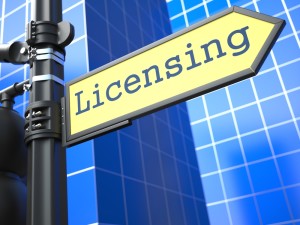 In presentations and discussions with various audiences over the years I am amazed at how few of the participants even consider the potential of licensing for their product or idea. When presented with the idea of licensing, of allowing someone else to produce the eventual product, the reactions often are the same: someone will steal it, or the attorneys will make all the money. So often, I have in detail explained the trials, tribulations, and real-world examples I have experienced where those who attempt to go it alone end up losing everything they own and everything they worked for. For some, the obvious becomes apparent: perhaps there is a better way to introduce a new product, and that objective is licensing.I have to caution that licensing is not always the answer, but should be a consideration. From an intellectual property protection status, the idea and objectives are similar. The idea must be properly protected, which may involve the filing of patent, trademark, and copyright applications, along with seeking out additional types of protection that will cover what someone else can create to work around the original concept. Licensing requires a very explicit and detailed effort with regard to intellectual property protection, and the inventor must attempt to protect every aspect of the invention/product. This is extremely important when licensing to another because the company that an inventor will be negotiating with for a license is already successful in the category that the idea fits into. The stronger the protection, the greater the negotiating power that an inventor and potential licensor will have in a successful license.

Building a Business with an Established Partner

While no method of introducing a new product or idea into the marketplace is assured of success, one benefit to licensing is that all of the effort and funding that would go into creating a new business will not be required. Why not give an established corporation that has the manufacturing and marketing capabilities, as well as the reputation in the market, the opportunity to properly exploit the invention/product and add it to their product line? By choosing the right licensee, the inventor already has a head start in that the licensee will be able to distribute the product to the thousands of outlets they already have.Still, many inventors cherish the idea of producing the product on their own, often forgetting that there almost always are competitors in the market, established companies who will not idly stand by and do nothing. Without a proven competitive edge, these competitors will make every attempt to squash any efforts of a new market player to introduce a new competing product. So realistically, if what you have is a big improvement or revolutionary new product, does it not make sense to establish a relationship with the top one, two, or three biggest companies in the field? Not only will this result in your competitors becoming your licensing partners, but if the licensing program is planned carefully, you will be in a position to select which company to approach first.

The Importance of Professional Licensing Negotiations

At this point it is important to emphasize and recommend that unless the owner of the idea or invention has successfully negotiated a licensing agreement in the past, he or she should not attempt to negotiate without experienced professionals. Over the years I have represented IP owners during licensing negotiations; in a few cases, the inventor was not even present. The reasons being, the company executive sitting across the table will recognize when he or she has won, even without the inventor saying anything. Oftentimes, gestures, facial expressions, and response times tell the person you are negotiating with all that they need to know, showing them immediately that you are happy with their offer, which was much lower than they were prepared to go.It is highly recommended that the inventor use an IP attorney to handle the licensing negotiations, especially because the company attorney will be negotiating from the other side. Issues that need to be decided include not only the actual monetary offer, but also the amount of investment dollars, time, and personnel that the company is willing to provide for the development of the product. In almost all cases, the company’s initial investment will be based on the market research that has been conducted, as well as its knowledge of the business, market, and competition.If you remember anything from my recommendations in this brief article, do not forget that for you to be successful you need the full support of your family. Also the recognition that your failure is very possible and your success will be based on how extensive your research and preparation has been. Plus, be very humble, your self-importance has to be hidden because it is well known that inventors, in many cases have over inflated egos. Last, but certainly not least, never do your own negotiating. 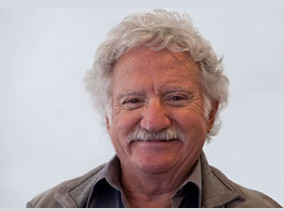 Lawrence J. Udell is founder and Executive Director of the California Invention Center created in 1995 at California State University. He has taught for over 40 years at universities throughout the US and in foreign countries for WIPO (United Nations). A member of the Licensing Executives Society since 1982, he founded the Silicon Valley Chapter in 2000. Mr. Udell provides consulting to both start-ups and Fortune 500 companies, and lectures frequently at inventor, corporate and government functions throughout America. He is the founder and chairman of Intellectual Property International, and Vice President of American Innovators for Patent Reform and Senior Consultant to General Patent Corporation.For more information on how to monetize or sell an idea, visit our Sell Idea page!