The Invention of Air Conditioning 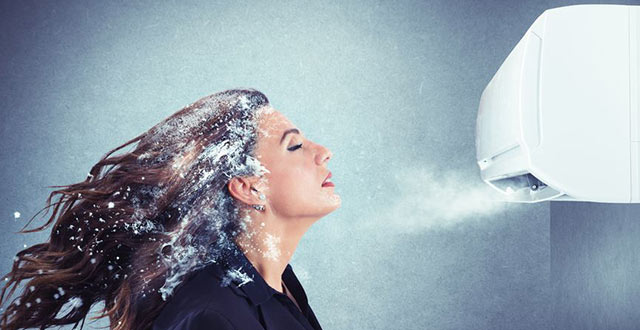 Summer is unquestionably here, and June 20th marks the Summer Solstice, which is the longest day of the year.  What does that mean?  More heat and more air conditioners blasting manufactured air into our living and work spaces.  Ever wonder what life was like before air conditioning?   In truth, we haven’t had this modern miracle for very long.  Here is a brief history of the invention of air conditioning, something many believe to be one of the most important innovations of the 20th century.

Prior to 1900, there were several noble attempts at cooling air using a variety of methods.  Multiple inventors, including Benjamin Franklin, discovered the cooling effects of liquefied chemicals like alcohol and ammonia.  Several ice-making machines were built in the 1800’s but were never efficient enough to be practical.

Willis Haviland Carrier is considered the inventor of the modern air conditioner and the man who solved one of mankind’s most pervasive problems – that of indoor climate control.  In 1902, Carrier was a gifted engineer who worked for the Buffalo Forge Company.  He was asked to solve the problem of wrinkled pages at a lithograph company that was caused by high humidity levels.   As Carrier experimented with controlling humidity using coils filled with cold water, he discovered other uses for his application.Carrier left his company and formed the Carrier Engineering Corporation with a group of other engineers to continue work on his “Apparatus for Treating Air,” which was now patented.  At the 1904 St. Louis World’s Fair, Carrier’s air cooling system was used to cool a 1,000-seat auditorium at a rate of 35,000 cubic feet per minute.  This was the first time Americans were exposed to indoor cooled air.In 1933, the Carrier Air Conditioning Company developed and released a belt-driven system that included a condensing unit, blower, mechanical controls, and evaporator coil.  If this sounds familiar, that’s because today’s air conditioners operate on the same fundamental principles as this 80-year-old invention.  There have been a few improvements over the years but what can’t be denied is the impact that this invention has had on modern society.

Beginning in the 1970’s the U.S. Department of Energy began issuing energy efficiency standards that drove improvements in air conditioning systems.  Over the following decades, the systems became increasingly more energy efficient and technologically advanced.  Because of these advances, today’s systems use about 50 percent less energy than they did just twenty-five years ago.Without Carrier’s modern air conditioning, we wouldn’t have many of the industries and comforts that our society now enjoys.  Everything from indoor manufacturing to baking to shopping malls has become possible because of air conditioning.   Indoor summer cinema experiences wouldn’t be nearly as enjoyable, and most airplane flights would be quite miserable without this precious climate control.  Finally, our technical and modern age likely would never have come to pass without the air conditioning system.  Computers and servers have to stay cool in order to operate properly, and this alone puts this important innovation into an entirely new light.