Inventor of the Month – Who is Edouard Benedictus? 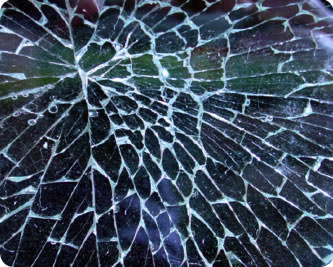 Our Inventor of the Month is an inventor who has saved countless lives all from an accidental invention.  His name is Edouard Benedictus, a French chemist/scientist who invented laminated glass also known as shatter proof glass, bullet proof glass (although it has only been called bullet proof since the last 70 years) and safety glass.  Mr. Benedictus was born in 1879 and died in 1930, he was not only known as a chemist, but he was also a French painter and is famous for his Art Deco images.So how did this come about?  One day in his lab, Edouard Benedtictus was climbing a ladder and accidentally knock a glassflask of a shelf. It fell to the floor and shattered, but to his surprise, the shards of glass still hung together in the same shape more or less.  Edouard was scratching his head wondering how this could be, when his assistant told him that the flask had cellulose nitrate (a liquid plastic) that had evaporated and left a thin film on the inside.  He had read an article in a Paris newspaper mentioning how many drivers in car accidents are seriously injured by the windshield glass shattering and cutting the drivers.  Then the light bulb went off when he remembered the image of the broken flask.  He then spent the next 24 hours coming up and testing the different possibilities of his unique glass and by the next day, he had produced his first piece of safety glass (Triplex).But it wasn’t until the beginning of the First World War that safety glass was beginning to get traction.  It was easy to manufacture and was relatively inexpensive and so it was used for the lenses of gas masks that the military personnel wore in battle.  It gave them the protection they needed as well as being able to hold up in extreme conditions.   Car manufactures who were once hesitant to incorporate safety glass in their windshields, were now lining up to use the technology due to the fact that it could hold up to extreme conditions of battle.  In 1919, Henry Ford began putting safety glass in his cars and ten years later it was standard on all Ford cars.Edouard Benedictus safety glass should be considered one of the greatest use of innovation in history not only for his use of technology, but also his development of his idea.  His accidental invention not only has saved millions of lives, but also laid the groundwork for future modernization of safety glass.For further Information

Have you come across an invention accidentally, why not try our invention calculator and see what your idea is worth, https://innovate-design.com/inventioncalculator/.  At Innovate we can help make that dream a reality. Give us a call today at 415-970-5276.